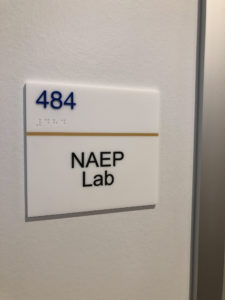 The Americans with Disabilities Act of 1990 is a federal civil rights law that prohibits discrimination based on disability. That initial law has inspired subsequent federal, state, and municipal laws. The effects of ADA laws are many and one thing they affect is signage.

If your place of business does not have ADA signs, then you will not have the business of many people living in Alexandria, Fairfax, Falls Church, and nearby with a visual disability. What’s more, without ADA signs you might be in breach of ADA laws.

Many people live with visual disabilities and they need to live their lives like anybody else. To help them get around, there are ADA signs.

ADA-compliant signs should include braille, be properly placed so as to be easily seen, and have prominent and legible text.

According to the National Institutes of Health, over one million Americans are legally blind. In total, there are between three and four million Americans who live with visual impairments of some kind. More specifically, the National Federation of the Blind estimates that, as of 2016, nearly 180,000 Virginians had a visual disability and there are over 16,000 people living with a visual disability in the District of Columbia.

Benefits of Choosing Us for ADA Signs

Because ADA laws differ from state to state and municipality to municipality, you have to work with a local sign manufacturer to know exactly how your business can comply with ADA regulations. Legendary Custom Signs & Graphics has helped many businesses in Northern Virginia and the DC Metro Area with their ADA signs. Please contact Legendary Custom Signs & Graphics through our website or by calling us at 571-512-7446. 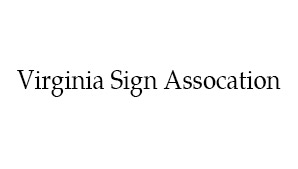